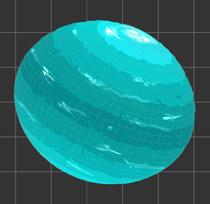 The scientists at the NExScI work on a variety of projects. These projects include observations of the nearest stars as well as some of the farthest active galactic nuclei. Check out the bibliography of publications by NExScI Scientists.

NExScI scientists are using the Palomar Testbed Interferometer to find the shapes, sizes and temperatures of individual nearby stars such as Alderamin..

The Keck Interferometer is being used to investigate disks around T-Tauri stars and other young stellar objects. Also, various types of binary systems are being observed by NExScI scientists in order to constrain their distances, component masses, orbits, and ages.

The search for extrasolar planets is being undertaken at the NExScI from both the ground using transit observations, and space through two SIM PlanetQuest key projects. Likewise, NExScI scientists are studying active galactic nuclei on two fronts, using both the Keck Interferometer and through a SIM PlanetQuest key project. In addition, NExScI scientists are involved in the examination of Galactic dust extinction around the sun.