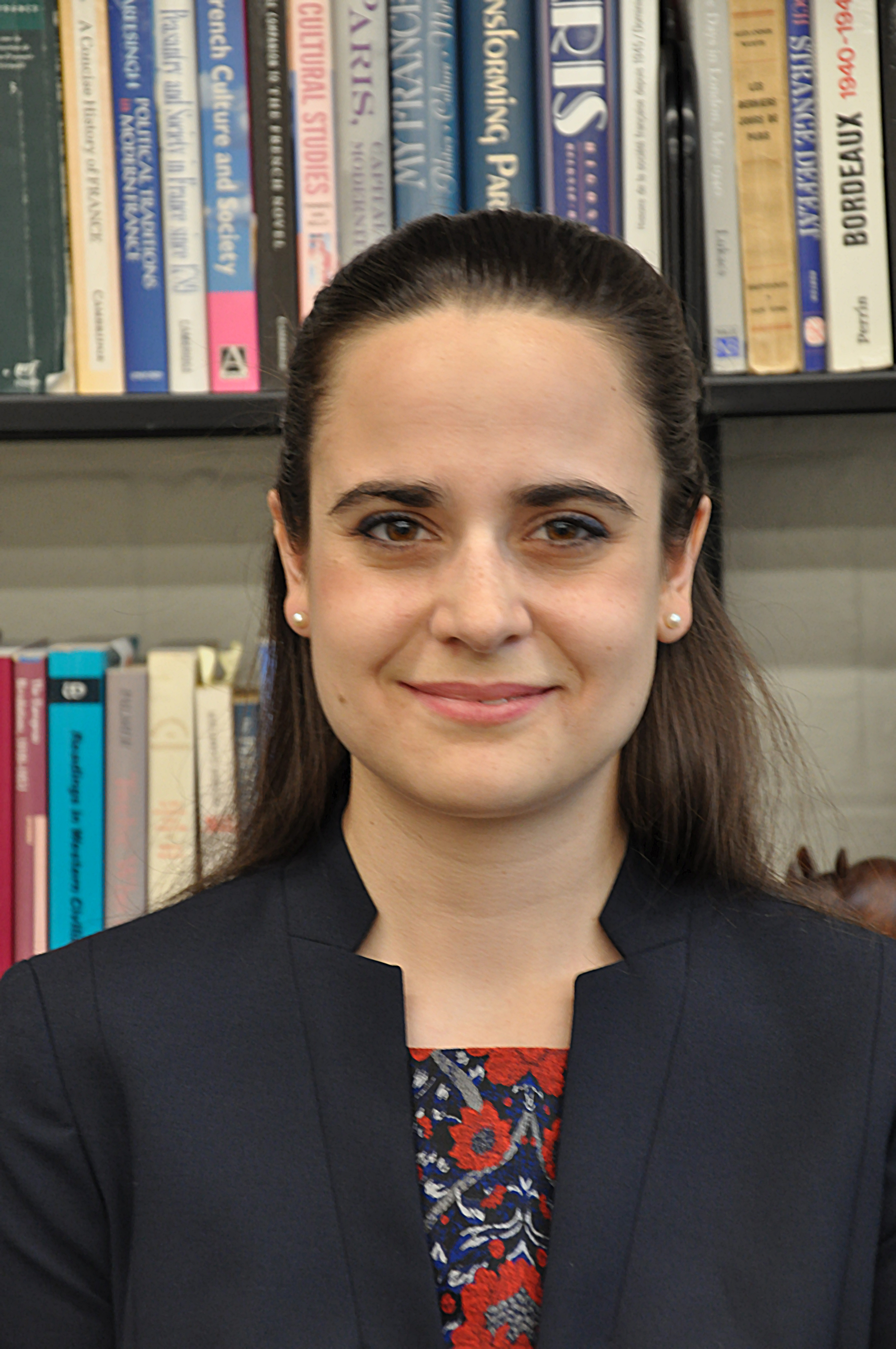 Breaking the ultimate barrier to characterizing other Earths

I was born in Oxford, UK, but grew up mostly in France - in Burgundy, Paris and also Guadeloupe, one of the French islands in the Caribbean. After completing my French Baccalauréat, I did a Masters in Physics at Imperial College London, UK and then moved to the University of St Andrews, in Scotland, where I received my PhD in 2015. I am now 27 years old and a Postdoctoral Fellow at Harvard College Observatory.

I have always been fascinated by the beauty and the complexity of the natural world. As a child, I wanted to be a botanist; later on I also became interested in astronomy. At university, I chose to study physics as it provides a framework to explain how the natural world works. When I first heard of exoplanets I instantly knew they would be the topic of my PhD! I am blown away by how much we can learn from these distant worlds, and can't wait for us to discover their oceans, clouds, forests and especially their flowers. Perhaps somewhat paradoxically, these distant worlds also make me want to explore and preserve our own Earth.

My research focuses on determining planetary masses. This fundamental parameter dictates the internal composition and structure of a planet, as well as its ability to have an atmosphere, an essential component for a potentially life-hosting world. In the current era of large telescopes and high-precision instruments, the ultimate challenge to determining the masses of small, rocky exoplanets lies not in our technological capabilities, but in our understanding of the host stars themselves. As a Sagan Fellow, I will identify the magnetic processes at play on the surfaces of stars and develop recipes and tools for precise planet mass determinations, to enable the full characterisation of their atmospheres and interiors.

I grew up in sunny Sydney, New South Wales, and received my Honours (2012) and Masters (2014) degrees from the University of Sydney. I'm now at Balliol College, Oxford, due to finish my DPhil in Astrophysics in 2017. A lifelong interest in space and science fiction is only part of why I study astronomy. I actually only saw stars properly for the first time when I was fifteen and got my first pair of glasses! Perhaps for this reason, I have never lost a sense of wonder at the night sky, and I've never stopped thinking about how the simple properties of light convey such complexity.

Astrophysical information is encoded into our world in subtle ways, and I mostly work on figuring out ways to decode this. I have previously worked on developing software and hardware for doing astronomy with interferometry, spectroscopy, adaptive optics and photometry - and even tree rings.

As a Sagan Fellow at NYU, I'll be developing Bayesian inference and machine learning methods for searching for exoplanets -- in particular, planets transiting nearby bright stars offer the best opportunities for subsequent characterization, for example with transit spectroscopy. I will use new approaches to analyzing data from Kepler, K2 and TESS to find these planets, which are ideal targets for the James Webb Space Telescope and other upcoming missions. I will especially focus on stars bright enough to see with the naked eye, which are so bright that Kepler and TESS cannot ordinarily observe them. This project will also necessarily reveal a treasure trove of new information about some of the nearest stars to the Earth, as benchmark stars which will help build our understanding of stellar structure, evolution and activity.

University of Texas at Austin

The Galactic Distribution of Exoplanets

I was born and raised in Austin, Texas until moving to sunny California. I studied astrophysics and physics at the University of California, Berkeley, and graduated in 2013. I then moved to snowy Massachusetts to study astronomy and astrophysics at Harvard University, where I will receive my Ph.D. in May 2017. I am 25 years old.

While growing up, I entertained notions about working in many different fields, including meteorology, medicine (until I learned that needles make me squeamish), atmospheric science, farming, theoretical physics, trucking (until I learned that driving stresses me out), and computer programming. Among these musings was the occasional thought about becoming an astronomer, but it wasn't until later on that I became more serious about astronomy. I was drawn to the clever methods astronomers use and the ability to probe big questions like How unique is our Earth, and Are we alone?

As a Sagan fellow, I will use data from NASA's Kepler telescope in its K2 mission to study the populations of exoplanets in different galactic environments. Kepler's original mission revolutionized our understanding of small exoplanets, but Kepler only observed one small patch of the sky. How do planets differ in other parts of the sky and the galaxy? We know that stars in different galactic regions have different properties, so surely their planets must be different as well. My project will uncover these differences and teach us about how a star's environment shapes and sculpts its planetary system.